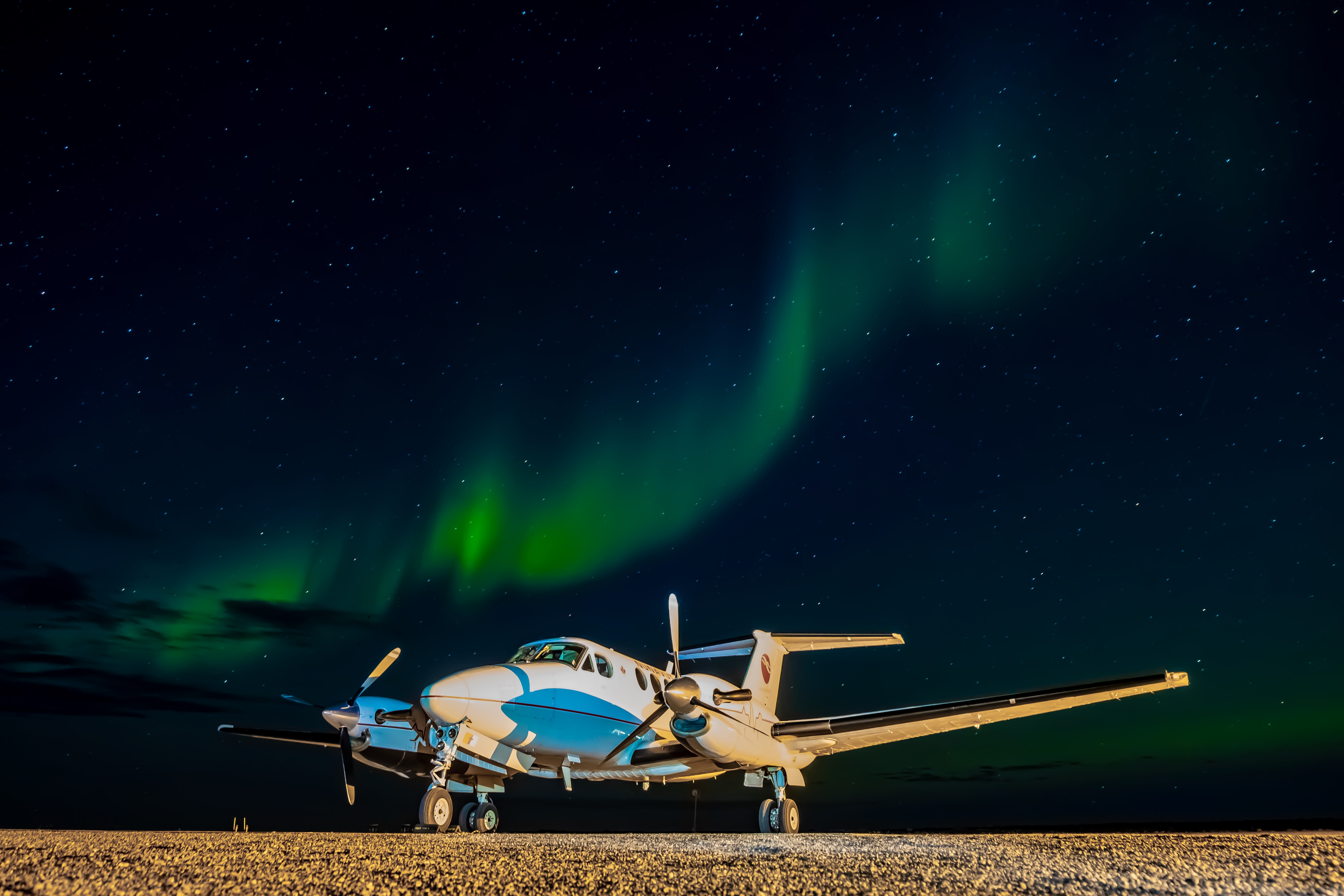 London, ON, Canada/Winnipeg, MB, Canada – June 7, 2021 – WinAir is pleased to announce that Exchange Income Corporation has implemented WinAir Version 7 for its entire group of air operators. EIC began its migration to WinAir’s web browser-based aviation management software in 2017 with Calm Air and recently wrapped up this corporation-wide software implementation with PAL Technical Services in June of 2021. With this final implementation now complete, EIC expects that the software will benefit its air operators tremendously by streamlining and expediting maintenance processes from the hangar floor up.

Founded in 2002 in Winnipeg, Manitoba, Canada, EIC is a diversified acquisition-oriented corporation. It concentrates on opportunities in the aerospace, aviation services and equipment, and manufacturing sectors by investing in profitable, well-established companies that yield dependable and growing dividends each fiscal year. When EIC approached WinAir in 2017, it expressed interest in implementing WinAir Version 7 at all of its air operator subsidiaries, beginning with Calm Air.

Calm Air is a regional Air Operator and AMO based out of Winnipeg that focuses on scheduled passenger flights and cargo servicing to remote communities. It operates with 13 aircraft, comprised of ATR 42s and ATR 72s, and offers service extending to northern Manitoba and into the Kivalliq Region of Nunavut. Calm Air originally signed on with an earlier version of WinAir in 2006 and completed a simple transition to WinAir Version 7 in 2017. Since then, it has, and continues to, realize operational gains, boost business efficiencies across all departments, and accelerate maintenance work steps.

Keewatin Air, also based out of Winnipeg, is another member of EIC’s group of air operators that has upgraded to WinAir Version 7. It commands a fleet of 24 fixed-wing aircraft comprised of Beechcraft Super King Airs, Cessna Citation Vs, and Pilatus PC-12s and is considered a top provider for charter, medevac, and AMO services throughout the Canadian Arctic region. Keewatin Air began its journey with WinAir in 1995 when it signed on with the initial release of WinAir’s software and would continue with upgrades to successive releases of the product over the intervening years. In February 2019, WinAir consultants completed an onsite process consultation and provided Keewatin Air with a comprehensive audit report and change management strategy. As a result, it implemented WinAir Version 7 in August of that year. Now that Keewatin Air has been live with the newest version of the software for nearly two years, it is benefitting from advanced workflow efficiency, automated processes, and enhanced visibility for improved decision-making.

Custom Helicopters is a Winnipeg-based helicopter operator, longstanding WinAir client, and EIC subsidiary that has also moved up to WinAir Version 7. It provides services such as mineral exploration, seismic support, powerline maintenance, wildlife surveys, live animal capture, forest fire suppression, diamond drill support, corporate transportation, motion picture support, helicopter maintenance repair and overhaul, and aerial inspection. Custom Helicopters operates with a fleet of 28 helicopters, including Bell 205As, 206Bs, and 206LR/L3s, Airbus AS350-B2s, H125s (AS350-B3Es), and EC135s, and Sikorsky S-76C+s. It joined WinAir in 2010 after implementing a previous version of the company’s software and has gained significantly from a lasting business relationship. In March 2020, it completed its migration to WinAir Version 7.

EIC subsidiary, Perimeter Aviation, also headquartered in Winnipeg, is another long-term WinAir client that implemented the initial release of WinAir’s software in 1997. It has benefitted significantly from a strong working relationship with WinAir and has upgraded to various versions of this software. In February 2021, it completed software training and the data migration for its upgrade to WinAir Version 7 and is now live with the product. Perimeter Aviation operates with 44 fixed-wing aircraft, including Viking Air DHC-8s (Dash 8s), Swearingen Merlins, and Fairchild Swearingen Metroliners. It is the largest carrier in the province of Manitoba, based on the total number of aircraft, pilots, and flights.

MFC Training (Moncton Flight College), located in Dieppe, New Brunswick, Canada, is a new WinAir client and the first flight school to join EIC. It offers both domestic Canadian pilot training and a foreign pilot program. It is the largest private flight school in Canada with a fleet of 55 aircraft, which includes Beechcraft King Air C90Bs, Diamond DA20-C1s, Piper Seminole PA44-180s, and Cessna 172s. It also operates with 8 flight simulators. With its purchase of MFC Training, EIC has provided its aviation operations with a strategic business advantage by creating a conduit for a seamless transition for its new flight school graduates to enter the workforce at their companies. MFC Training finished its WinAir Version 7 software implementation in April 2021 and has now taken charge of the solution and is using it daily.

PAL Technical Services is the last of EIC’s group of air operators to migrate to WinAir Version 7. It has been a WinAir client since 2009 and operates under the PAL Group of Companies umbrella, with head offices located in St. John’s, Newfoundland, Canada. PAL Technical Services provides maintenance services for many clients, including supporting PAL Aerospace’s and PAL Airlines’ aircraft. PAL Aerospace is an international aerospace company focusing on aircraft engineering, maintenance, and special mission operations. PAL Airlines is the largest independent airline in Eastern Canada. Together, they operate with 35 aircraft comprised of Beechcraft 1900s and Super King Airs, a Cessna Citation II and a Citation X, a Dassault Falcon 900, Viking Air DHC-6 Twin Otters, Dash 8s, and a DHC-2 Beaver, and a Gulfstream G280. Before initiating its WinAir Version 7 software implementation, PAL Technical Services engaged in a process consultation with WinAir to determine how to optimize the system based on aviation industry best practices and their particular needs and procedures. After making the recommended procedural changes identified in this process consultation, it implemented WinAir Version 7 and went live with software in June 2021.

“Over the years, WinAir has played a profound role in assisting our group of air operators with improving efficiencies while concurrently remaining compliant with industry standards and regulations,” said David White, EIC Executive Vice-President of Aviation. “Implementing WinAir Version 7 is a natural progression for our airline subsidiaries, which, by streamlining and expediting processes, has resulted in procedural gains and time-savings. We look forward to continuing to strengthen and grow our airline and aerospace companies with WinAir.”

WinAir Commercial Manager, Jane Clayburn, echoed this statement: “At WinAir, assisting our clients with reaching their unique business goals is our top priority. We are delighted that Calm Air, Keewatin Air, Custom Helicopters, Perimeter Aviation, MFC Training, and PAL Technical Services have benefitted from a smooth transition to WinAir Version 7. We look forward to working together with EIC and each of these air operators to help them achieve ongoing operational success with our software.”

By committing to its clients’ success, WinAir has been able to help hundreds of aviation operations worldwide with identifying and removing inefficiencies, improving processes, and harmonizing departments. All of which have proved to be beneficial for maintaining compliance and ensuring airworthiness. To further assist its clients and accelerate their transition to the software, WinAir offers process consultation, project management, data migration, training, aircraft template building, hosting, and integration (with Flight Ops systems and Accounting software) services. With these services, along with its industry-leading software, world-class support (technical support, online reporting system, and online learning management system), and client-centered focus, WinAir demonstrates that it can strengthen and cultivate business relationships for the long term.

Are you interested in learning more about how you can take your aviation operation to the next level with WinAir? Contact us now to speak with a member of the WinAir team! 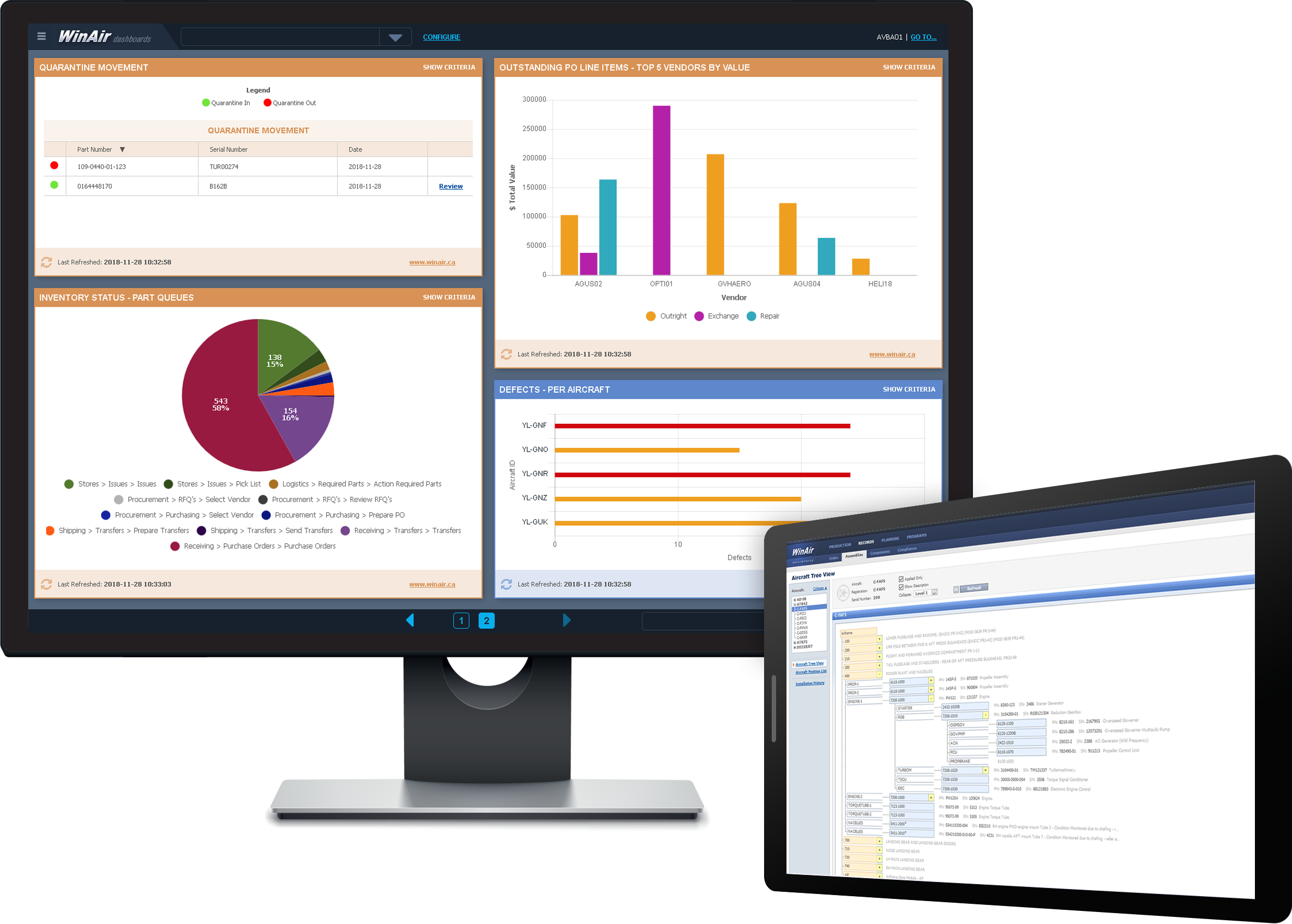 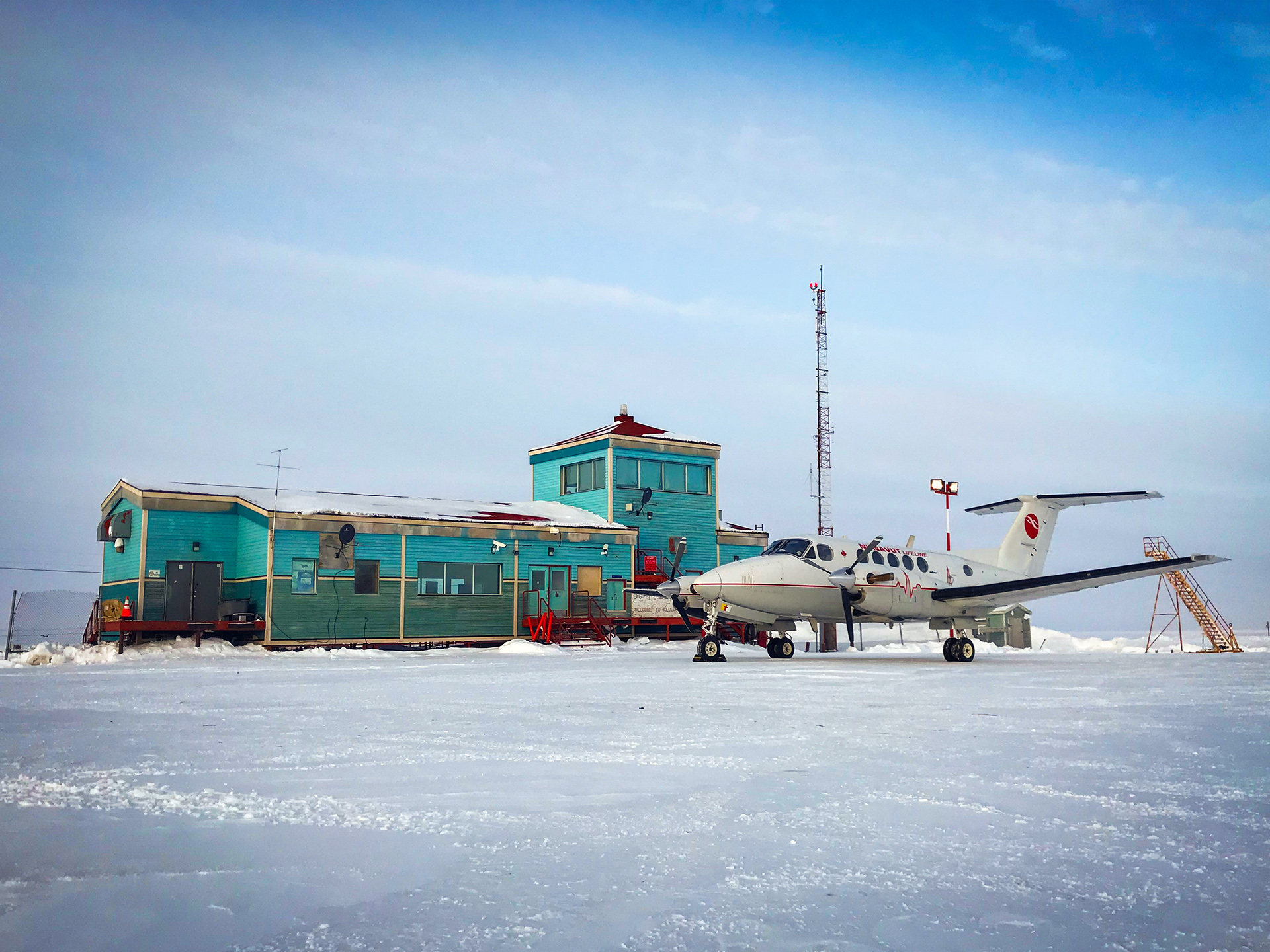 Exchange Income Corporation is a diversified acquisition-oriented company, focused in two sectors: aerospace & aviation services and equipment, and manufacturing. The Corporation uses a disciplined acquisition strategy to identify already profitable, well-established companies that have strong management teams, generate steady cash flow, operate in niche markets and have opportunities for organic growth. For more information on the Corporation, please visit www.ExchangeIncomeCorp.ca. Additional information relating to the Corporation, including all public filings, is available on SEDAR (www.sedar.com).

Based in London, Ontario, Canada, WinAir has over 30 years of experience as a leader in aviation management software. Companies rely on WinAir to efficiently and effectively track and manage aircraft maintenance and inventory control. WinAir is proud to lay claim to hundreds of installations at aviation-specific organizations worldwide. From airlines to heli-ops, law enforcement agencies, oil industry suppliers, MROs, CAMOs, medical evacuation response teams and more, businesses using WinAir regard the solution as a necessary component to the successful management of their fleet maintenance programs.