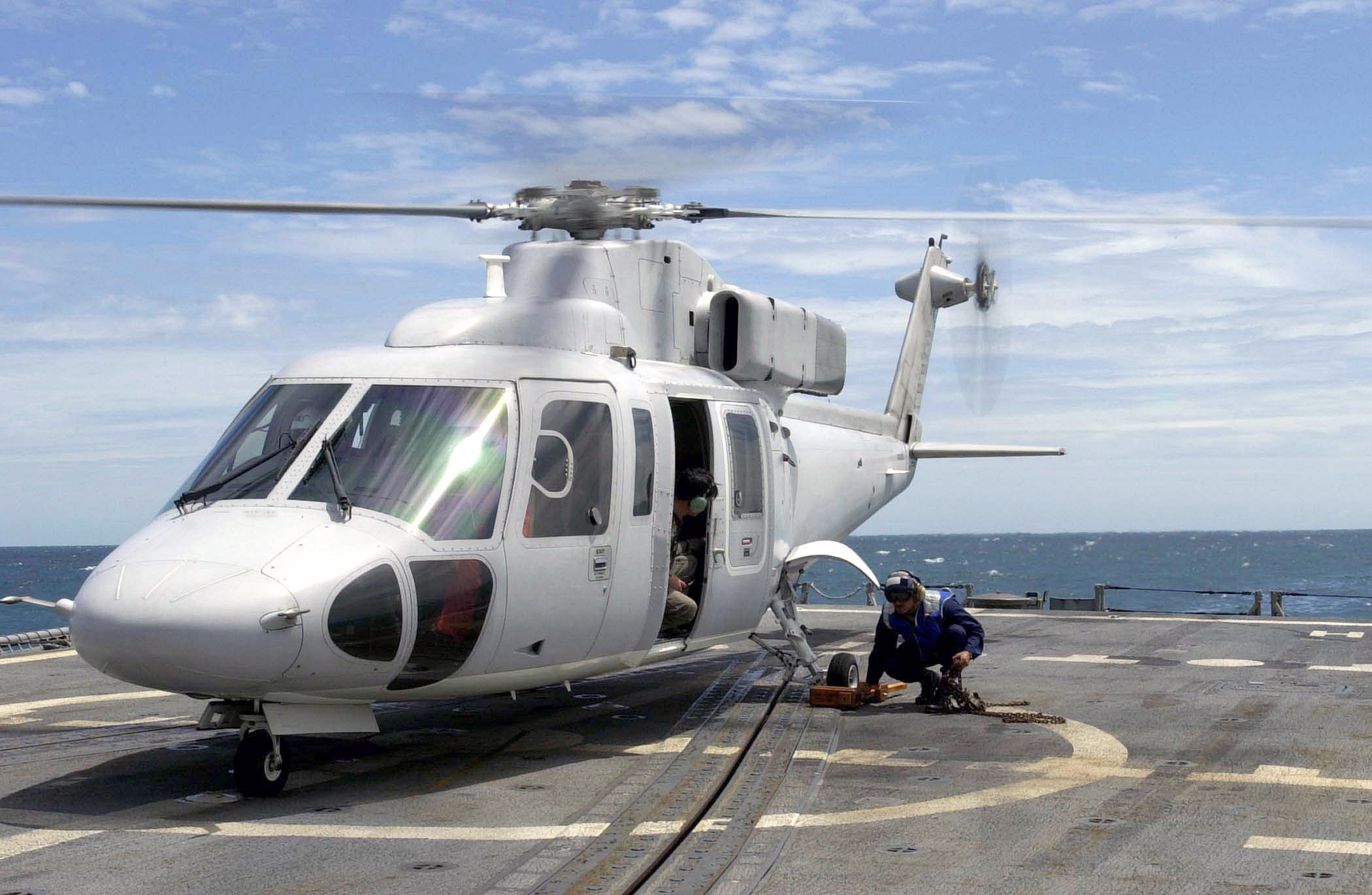 The Preeminent Guide to the Sikorsky S-76 Helicopter shines the spotlight on the Sikorsky S-76‘s typical uses, vital statistics, general characteristics, performance outputs, avionics information, and available variants. At WinAir, we have clients worldwide that operate with the S-76 in their fleet. We also have a comprehensive understanding of this aircraft and the corresponding maintenance programs for its many variants. Our clients utilize this fast, versatile, and robust helicopter for a variety of missions, including offshore oil and gas exploration, where this helicopter has been considered a mainstay for decades, VIP/corporate transport, search and rescue, air ambulance/medevac, and much more.

The Sikorsky S-76 helicopter is an American-made medium-size commercial utility helicopter that is manufactured by the Sikorsky Aircraft Corporation (now owned by Lockheed Martin).(1) It features twin turboshaft engines, four-bladed main and tail rotors, and retractable landing gear.(2) This helicopter was initially developed in the mid-1970s as the S-74, with a design based on the S-70 (UH-60 Black Hawk). It was later renamed the S-76 to take advantage of the American Bicentennial that was taking place in 1976. On March 13, 1977, it achieved first flight and has remained in production ever since.

The S-76 is widely used by civil, military, and government sectors for an array of missions. According to Lockheed Martin, offshore missions are responsible for approximately 65% of the total flight hours accumulated on the S-76, followed by Executive/VIP transport for 20%, search and rescue (SAR) and air ambulance/medevac missions for 10%, and the remaining 5% for various industry sub-sets. Lockheed also reports that 10 countries rely on the S-76 for Head of State missions. This statistic includes the S-76 C++ helicopter that is operated by The Queen’s Helicopter Flight (TQHF), pictured in the infographic below, and used for air transport for the British Royal Family and the Government of the United Kingdom.(11) In terms of noteworthy accomplishments, the S-76 helicopter was the first helicopter to circumnavigate the world in an east-to-west direction (against prevailing winds), when it was successfully piloted by Australian adventurer Dick Smith, in 1995.(5)

For simple reference, an infographic summary is below this image.

The Preeminent Guide to the Sikorsky S-76 Helicopter

The Sikorsky S-76 is an American-made medium-size commercial utility helicopter manufactured by the Sikorsky Aircraft Corporation.(3)

* The S-76 was the first helicopter to circumnavigate the world in an east-to-west direction, piloted by Australian adventurer Dick Smith, in 1995.

* The Queen’s Helicopter Flight (TQHF) is part of the Queen’s Private Secretary’s department of the Royal Household and is tasked by the Royal Travel Office at Buckingham Palace. On Novemeber 4, 2009, Sikorsky announced the delivery of a new S-76C++ helicopter to TQHF (this helicopter is pictured above).(11)

* The Sikorsky (S-76) Helicopter Advance Demonstrator of Operations Workload (SHADOW) achieved its first flight on June 4, 1985. This helicopter had a single advanced cockpit grafted to its nose so that sensors could transmit data to the pilot through helmet-mounted displays.(18) 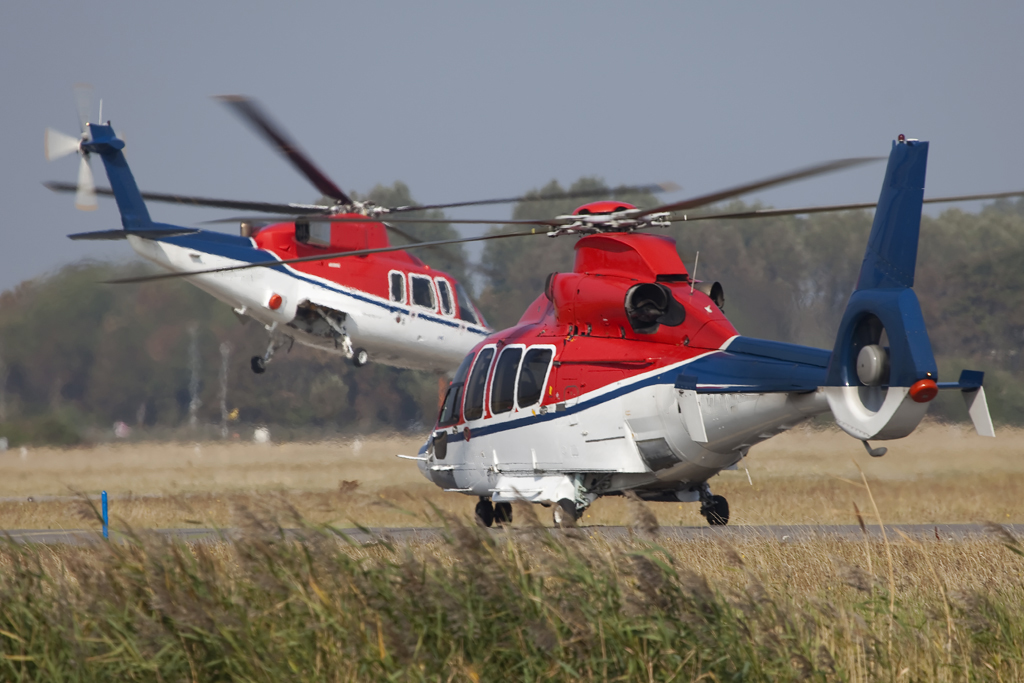 If you operate with the S-76, then you know all about the importance of accurately tracking and managing maintenance activities and maintaining inventory control across your entire fleet. You know that to always be mission ready, you need aircraft that are properly maintained, with up-to-date maintenance records, and are airworthy. WinAir Version 7 can help your business with all of this and more. The software is the solution of choice for business focused on reliability, data accuracy, and ensuring compliance.

WinAir has software packages that are catered to the specific needs of operators (airlines, charters, flight schools, etc.), heliops, MROs, and CAMOs. We also offer All-Inclusive and Part Sales packages. If you are seeking additional support, then our available services are there to lending a helping hand with a variety of administrative and technical tasks. These include Process Consultation, Project Management, Data Migration, Training, Aircraft Template Services, Hosting, Integrations, and Client Success services.

Concerning our Aircraft Template Services, our ability to build aircraft templates will be of particular interest to S-76 operators. Our Aircraft Services team has the skills and industry knowledge to translate S-76 manufacturer maintenance requirements for any variant into accurate electronic templates within WinAir. This service will save you time, provide you with quality assurance, and will expedite your transition to WinAir.

Want to learn more about how your business will benefit from WinAir and our Aircraft Services? Contact us today to book a demo! 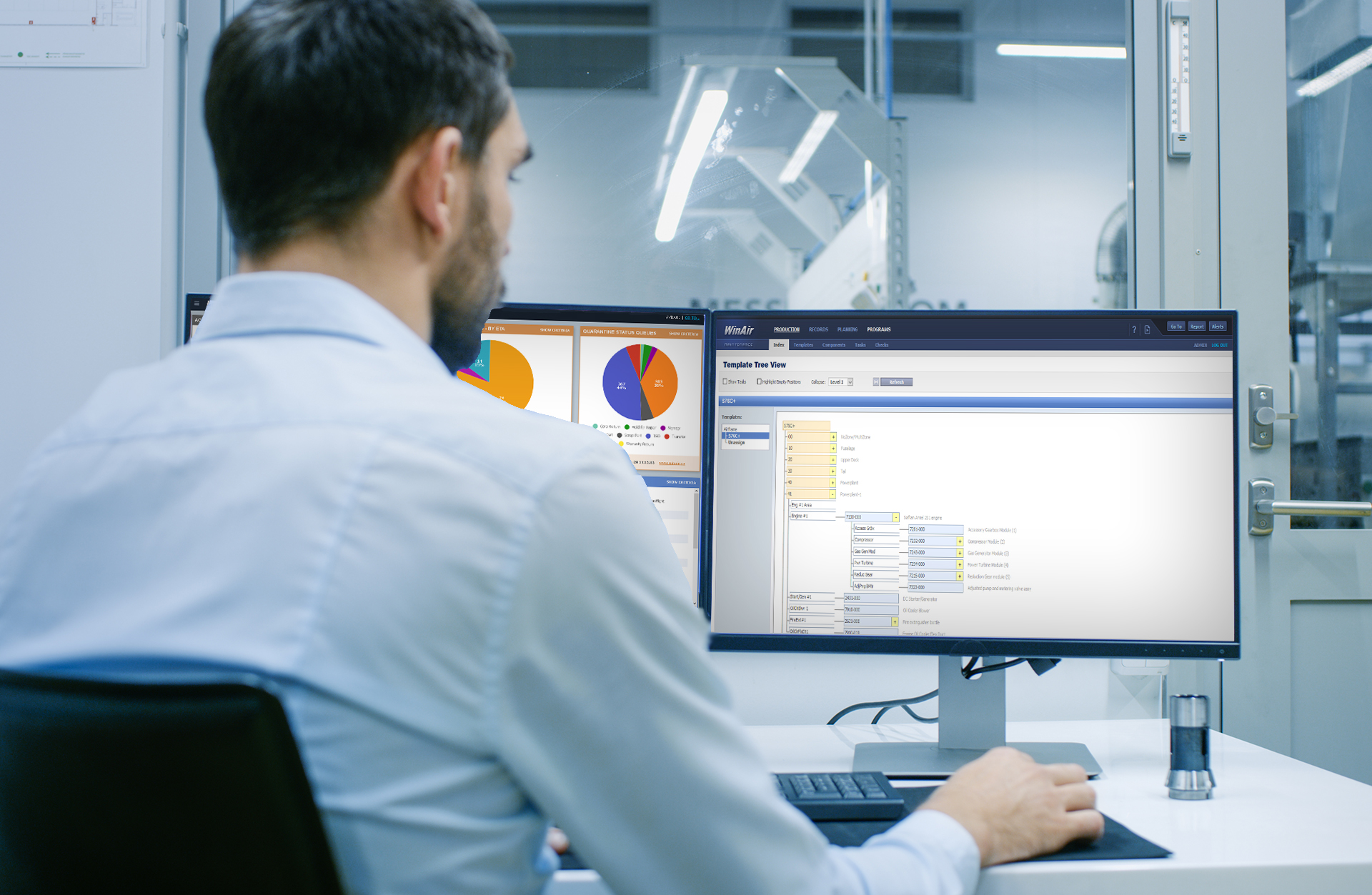