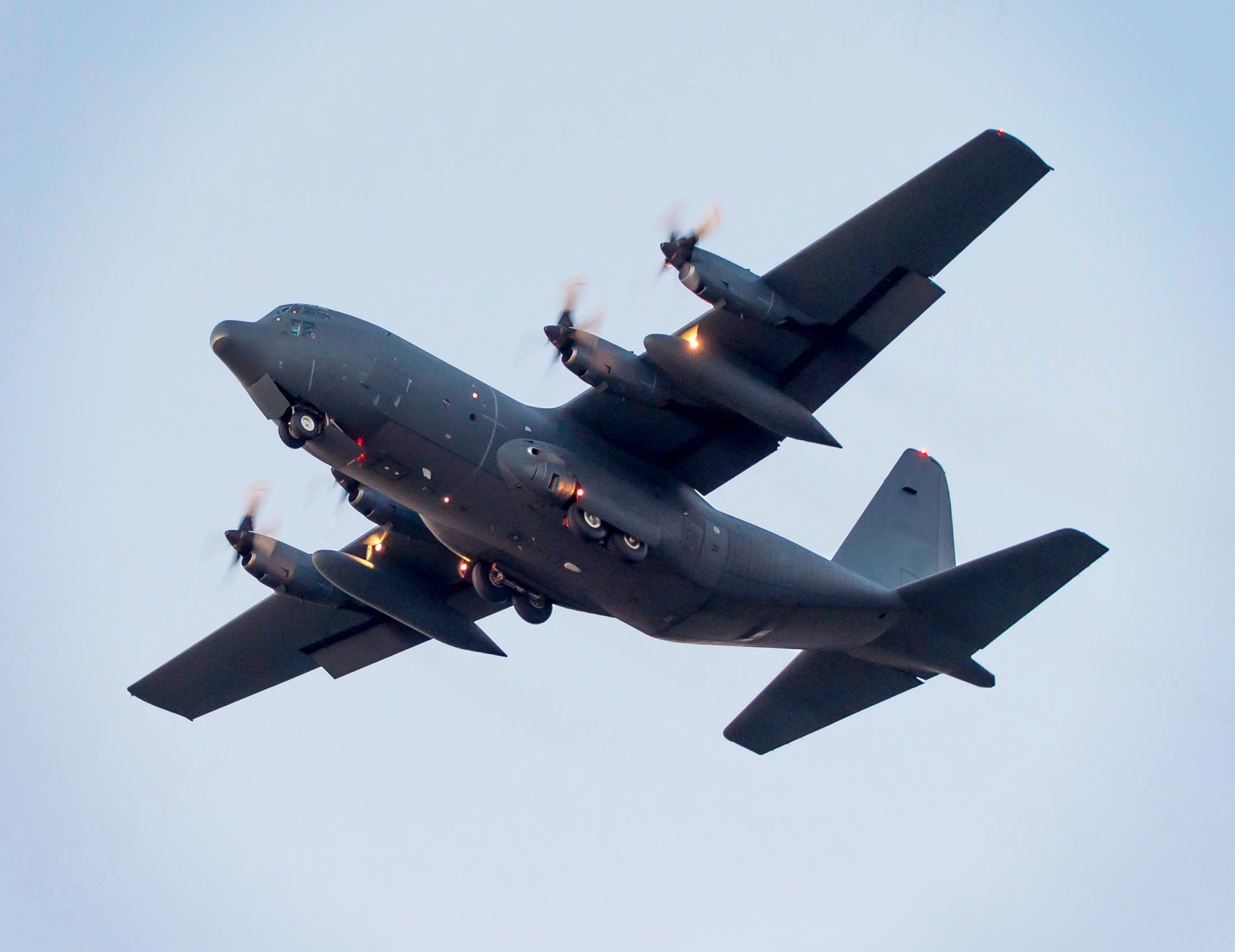 WinAir Presents: The Lockheed C-130 Hercules Infographic—image highlights key information on the aircraft commonly referred to as “The Herc;” one of the world’s most powerful and versatile military transport aircraft

The C-130 Hercules is an extremely robust and multipurpose four-engine turboprop military transport aircraft, developed by Lockheed Martin. It is capable of performing a variety of military, civilian, and humanitarian functions, which is due in part to its ability to use unprepared runways for takeoffs and landings. Couple this with a wingspan of over 132 ft, and a payload that surpasses 44,000 lbs, and you have what many consider to be a “cargo hauling beast.” This aircraft achieved first flight on August 23, 1954, and has been in service since this date. It is currently operated by approximately 70 countries worldwide.

In addition to troop, medevac, and cargo transportation, the Lockheed C-130 Hercules can participate in an array of challenging missions. It can act as a gunship, perform airborne assault, assist with search an rescue (SAR), facilitate aerial delivery, lead weather reconnaissance missions, take part in aerial firefighting, perform aerial refueling, and so on. During the 2018 Farnborough Airshow in Hampshire, United Kingdom, Lockheed Martin displayed the latest civilian variant of its C-130J Super Hercules, the LM-100J. The LM-100J showed off its advanced capabilities by flying a demonstration routine that featured an incredible loop maneuver that wowed the Farnborough Airport crowd.

For ease of reference, an infographic summary is located below the image.

The Lockheed C-130 Hercules is a four-engine turboprop military aircraft designed and built by Lockheed Martin.[2]

The aircraft is extremely versatile due to its ability to use unprepared runways for takeoffs and landings.[5] 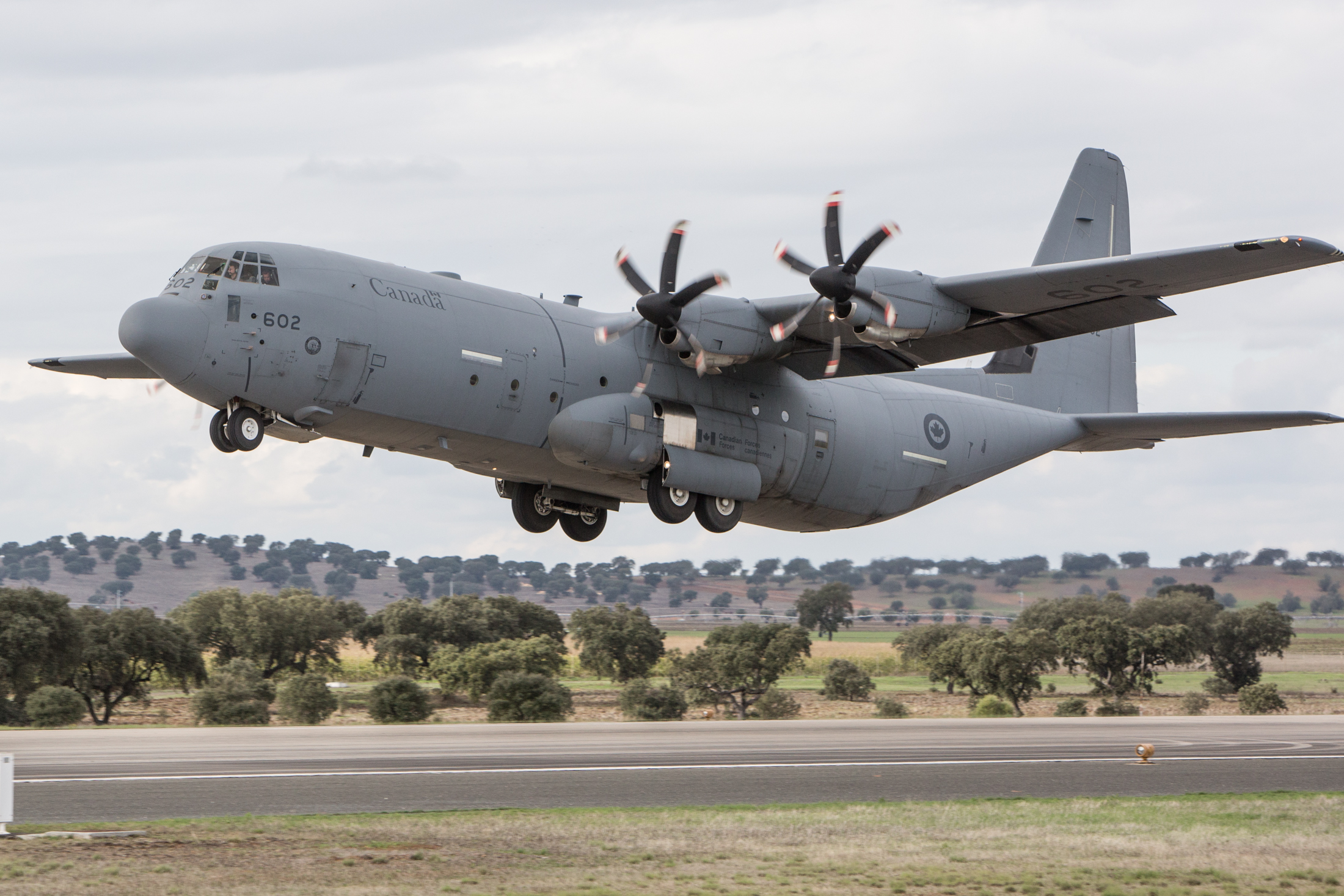 (A Canadian C-130J taking off at Beja Air Base, Portugal for Exercise Trident Juncture)

With WinAir Version 7, the latest release of the aviation industry’s most trusted and effective aviation management software, you can oversee maintenance activities and inventory processes on military transport aircraft like the C-130 Hercules rather simply. The software has the power and adaptability to track and manage nearly any fixed-wing or rotary-wing aircraft type. No matter the size of your operation or the aircraft that you command in your fleet, with WinAir Version 7, you can expect that processes will be streamlined, expedited, and fully transparent.

“I worked on the C-130 as an Aircraft Maintenance Supervisor for the Royal Canadian Air Force for over 7 years,” says WinAir Aircraft Services Representative Todd Raycraft WO (Ret’d). “This aircraft is the workhorse of the RCAF. At WinAir, our Aircraft Services team has the knowledge and expertise to assist you with managing the maintenance activities on the C-130 Hercules and nearly any other aircraft.”

By providing aviation operations with newfound business efficiencies, business owners using WinAir have the opportunity to redirect their focus to more pressing matters, like revenue maximization, fleet acquisition, and operational expansion. They can also rest assured knowing that as their operation increases in size, they will never outgrow the software—WinAir Version 7 is an entirely scalable solution. This means that as a company evolves, you can simply add new required features to an existing software package to boost functionality.

WinAir has software packages that are bundled with all the essential features and functionality that Operators, Heliops, MROs, and CAMOs require to better manage their business. In order to meet the unique requirements of aviation operations worldwide, the company also has Custom and All Inclusive software packages. For businesses looking to relieve their operations of some of the administrative duties associated with implementing new software, or for those that are seeking a full turnkey solution, WinAir offers additional services such as hosting, inventory data import, aircraft template building, compliance and data loading, procedural consultations, and project management.

Would you like to learn more about how WinAir will streamline and expedite maintenance and inventory processes at your aviation operation? If so, then contact us today to book your time for a demo of WinAir Version 7!